Foodland Wins Supermarket of the Year Three Years in a Row

Foodland has once again been rated as having the most satisfied supermarket customers Australia wide, winning Supermarket of the Year 2019 in the Roy Morgan Customer Satisfaction Awards. 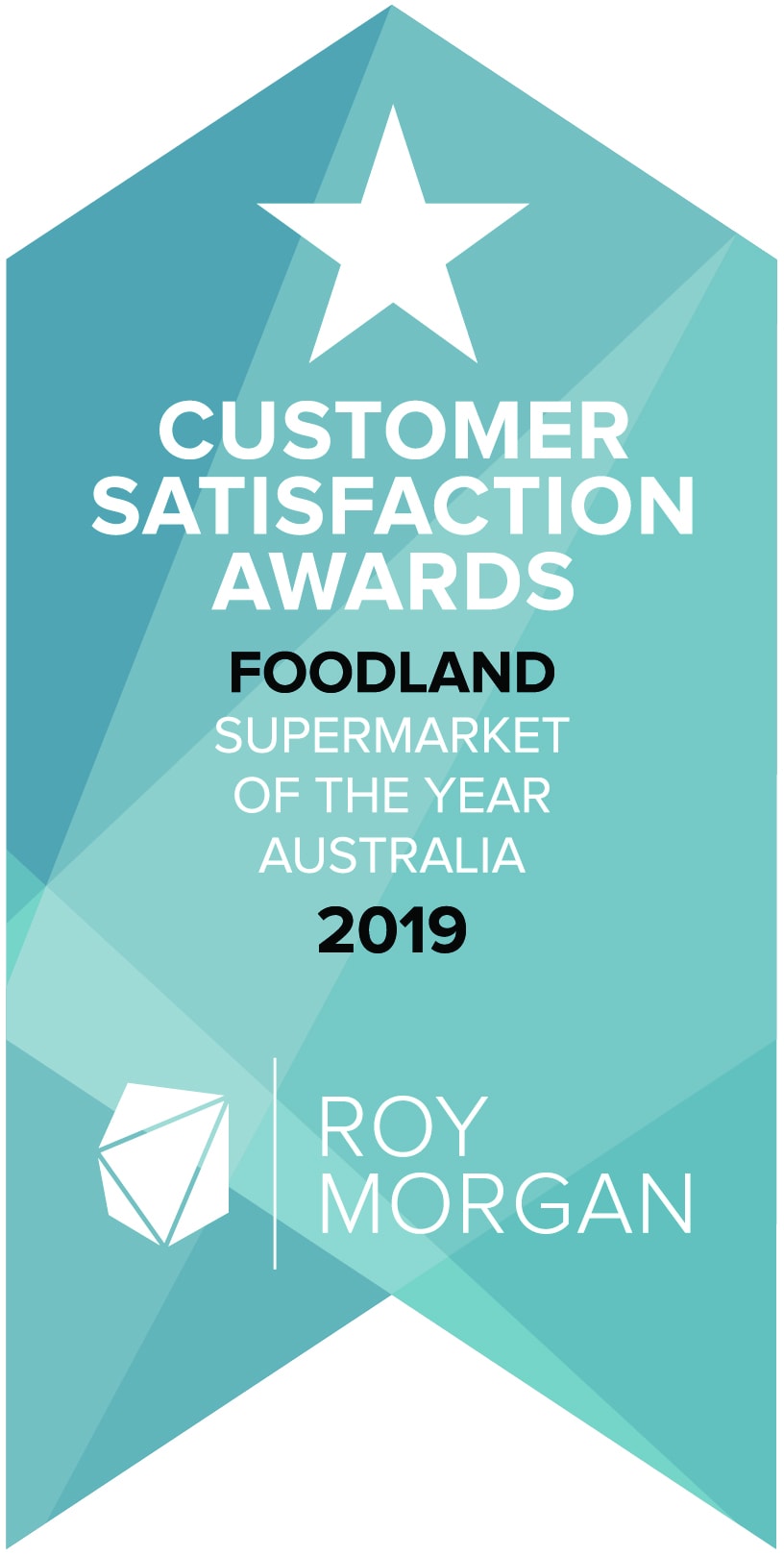 The annual national survey is regarded as the benchmark by which customer satisfaction is measured in both Australia and New Zealand.

“We are so thankful for the efforts of the independent retailers in the Foodland Network and their commitment to providing great customer service,” Con Sciaccia said about the win.

“We would also like to thank the Mighty South Aussies who have supported us. This is not only a win for Foodland but a win for South Australia as a whole.”

The independently owned supermarket chain from South Australia has taken out the Mozo People’s Choice Awards for ‘Range of Products’ and ‘Freshness’.

The Mozo’s People’s Choice awards recognise organisations with the highest customer satisfaction levels in their industries.

The award winners are determined by the results of a nationwide survey in which thousands of Australians were asked to rate supermarkets on customer satisfaction criteria including range and freshness.

Foodland has added another consumer satisfaction award to its long list of recent successes, having taken out top spot in the CHOICE supermarket satisfaction survey for 2019.

The findings are the result of a survey of 2880 Voice your CHOICE panel members, with Foodland earning 82% for their overall experience score.

The independently owned supermarket chain from South Australia earned the highest ranking on 13 out of 18 attributes tested, including availability of locally produced foods and range of products. 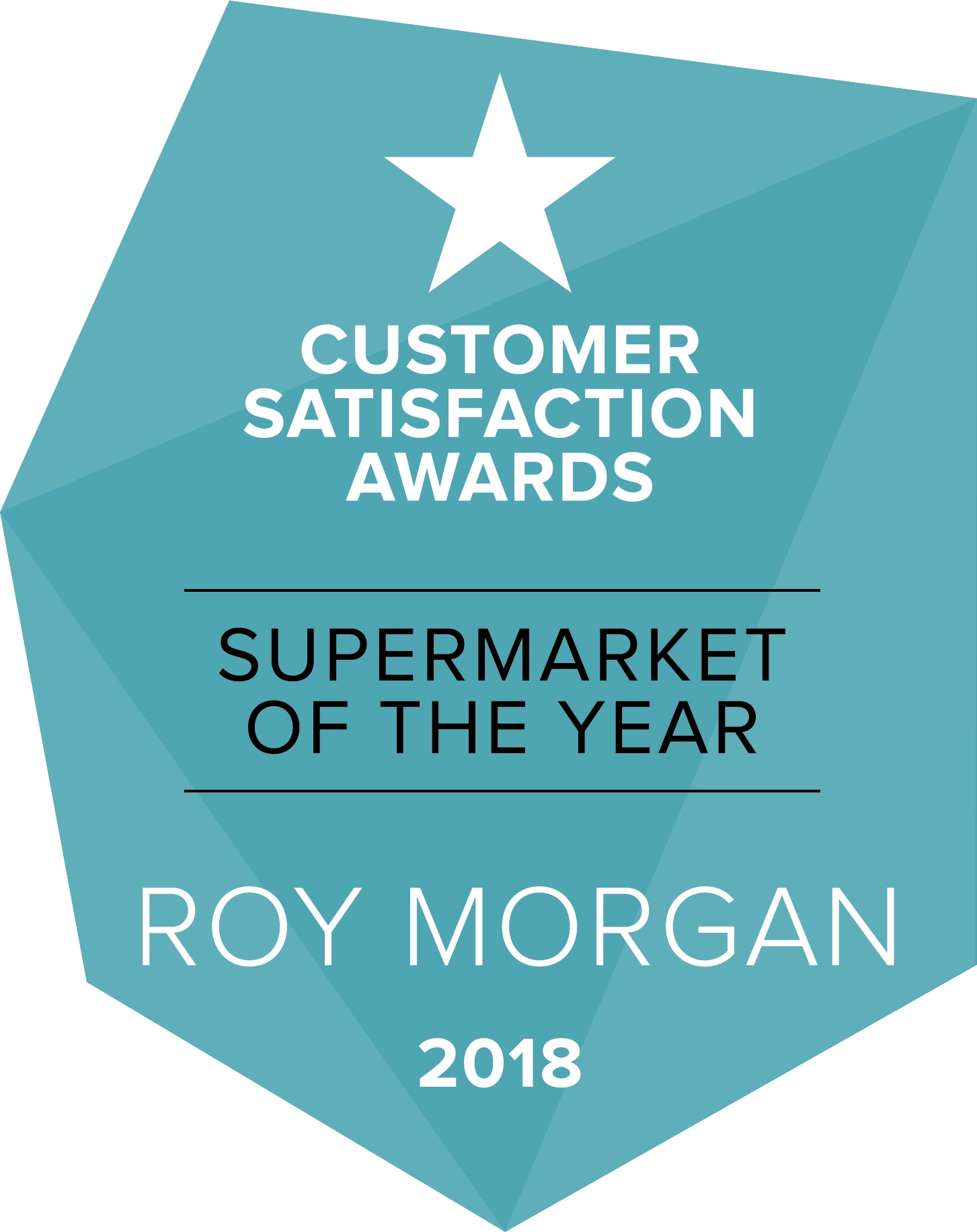 The Mighty South Australian independent supermarket has once again been rated as having the most satisfied supermarket customers Australia wide.

Now in their eighth year, the Roy Morgan Customer Satisfaction Awards are the benchmark by which customer satisfaction is measured in Australia, New Zealand and Indonesia. The annual national survey reflects the experiences of over 50,000 consumers over the past 12 months and how satisfied they were with retailers and service providers.

Roy Morgan’s CEO Michele Levine said of the Foodland back to back win: 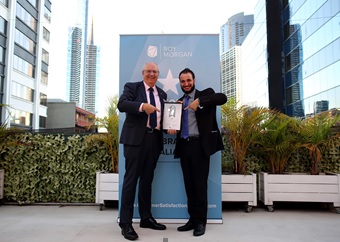 “South Australian Supermarket Foodland has won a second consecutive Roy Morgan Annual Customer Satisfaction Award. After a magnificent performance throughout 2018 satisfying and delivering for their customers”.

Foodland has been named the Australian Supermarket of the Year for 2017 by leading market research agency Roy Morgan.

The national award is based on the results of a Roy Morgan survey of approximately 50,000 Australians. This award means that Foodland’s customers are the most satisfied of any supermarket group in Australia!

It is the third time that Foodland has won Supermarket of the Year award, having also won it in 2013 and 2015.

Foodland’s Chief Executive Officer, Mr Con Sciacca, says winning the award against national and multinational supermarket chains across Australia was a ringing endorsement of the way Foodland does business.

“We are proudly South Australian and strongly support our local producers,” he said.

“As a result, we frequently stock brands that the other major supermarkets do not. Foodland endeavours to give the South Australian public great food, great service and great low prices.

“We also have a strong commitment to our local community. We are a part of it, so we feel it is appropriate to give back.”

Foodland has a strong customer focus in all decision making, which also contributes to our success.

“Awards such as this show we have our focus right – customers like the way our supermarkets do business and they continue to support us,” Mr Sciacca said.

“Our challenge now is to build on this and further improve the customer experience.”

Foodland has over 100 stores and the highest state market share for independent supermarkets in Australia.

McLaren Vale Foodland has been named the International Retailer of the Year at the IGA Global Summit.

The McLaren Vale store is owned by the Romeo family of the Romeo Retail Group and is known for being at the cutting edge of modern day grocery retailing.

The store boasts its own sushi bar and sushi chef, and is famous for an extensive range of gourmet meat, antipasto products and South Australian cheeses. Customers can also enjoy cheese and gourmet food tasting sessions which complement the local wines of the McLaren Vale region.

“We go to extraordinary lengths to ensure we are building strong relationships with our customers, community and suppliers. This set of values has always been at the core of our family business success, in addition to ensuring our customer service, local offerings and expert knowledge of our produce is the best it can possibly be,” said Joseph Romeo, owner of the Romeo Retail group.

Foodland’s Chief Executive Officer, Mr Con Sciacca, said “these awards are never easy to win and require an absolute dedication to excellence. It’s not the first time a Foodland store has won this award, and it highlights the passion and commitment to customers that Foodland prides itself on. McLaren Vale Foodland is a fine example of this passion”.

“The fact that a number of Foodland stores have been recognised internationally says a lot about the culture of the Foodland family and the commitment of the store owners to providing South Australian shoppers with the best possible shopping experience and range of products.”